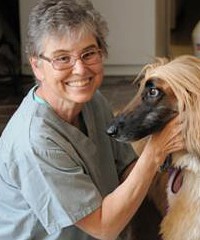 Love for animals, a desire for knowledge, and contact with interesting people all come together for Sandy at Little House.Spare time is often spent with a good book.Sandy and her husband have three grown children, one grandchild, and a golden anniversary celebrated.